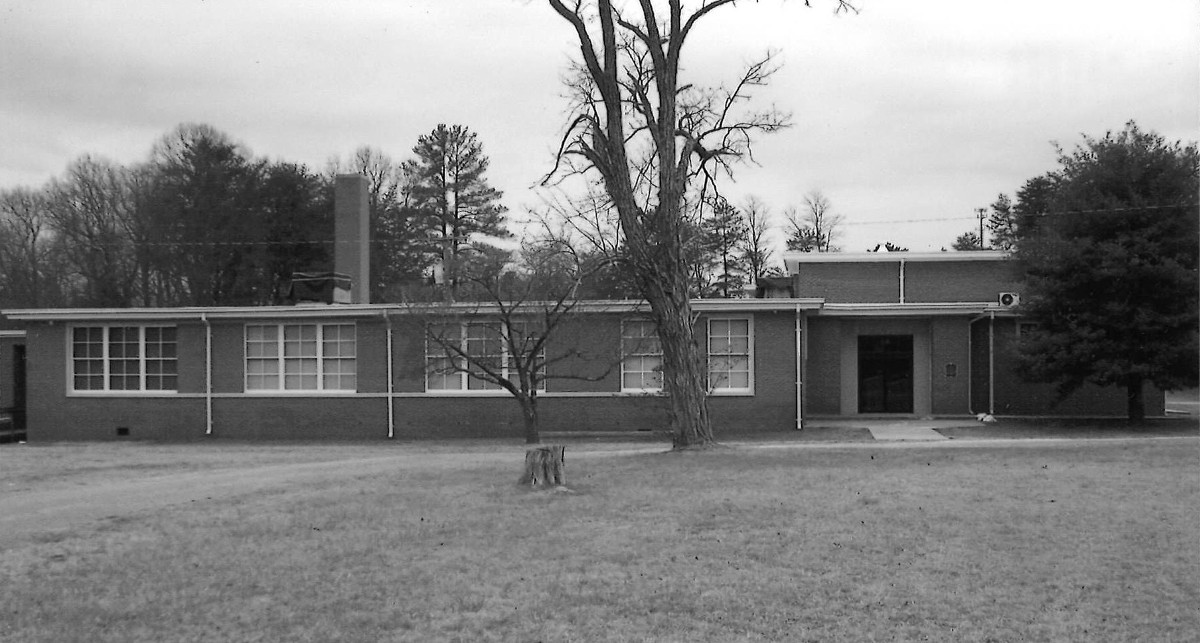 In the News: Super Bowl Champ Will Help Tackle Restoration

The air in the government boardroom was charged with hope, excitement and celebrity buzz Tuesday night as King George County native Jermon Bushrod, part of the New Orleans Saints’ Super Bowl championship team, returned to his hometown to tackle an issue that’s loomed for decades.

He wants to offer the support of his foundation, Visualize & Rize, as well as personal donations and whatever capital he can muster from his network of connections, to help restore the aging Ralph Bunche High School. It was built in 1949 to house the county’s Black students after King George parents sued for an equal facility for their children, but has been closed for decades and has started to deteriorate. There have been several attempts over the years to renovate the building but none have gotten off the ground.

Bushrod, whose father, Jerry, attended the school for a year, believes the mission to bring the facility back to its former glory, and to provide educational and athletic opportunities for young and old in King George and surrounding localities, meshes perfectly with his foundation.

The article describes how Bushrod, who regularly visits family in King George County, would often drive by the former Ralph Bunche High School and wonder why something wasn’t being done to use or improve the building and grounds. When he learned of the effort to restore the building, he contacted Claudette Jordon, President of the Ralph Bunche Alumni Association, and offered to help.

Below is a photograph from the article:

Thank you to Cathy Dyson, reporter at the Free Lance-Star, for doing such a wonderful job telling the story of Ralph Bunche High School and the effort to restore and revitalize such an important part of our community’s history!

Read the full article online by following the link below!

Interested in more information about the renovation of the Ralph Bunche High School building? Have a look at these articles, as well!

In the News: Free Lance-Star Article on Restoration of RBHS Gymnasium

Produced by the Ralph Bunche Alumni Association and King George County School Board, The Road to School Desegregation is a documentary video detailing the struggle for educational equality in King George County, Virginia and across the United States. Deepen your knowledge of this part of our nation’s vital history and support the mission of the Ralph Bunche Alumni Association in the process!